Good afternoon, everyone. It’s an absolutely fantastic fall day in the bluegrass state as we get some autumnal air a little early this year. As a matter of fact, this is roughly a month earlier than 2019 as we head into a season that’s the polar opposite of last year. Of course, regular readers of the blog knew this was coming from back in early August. 🙂

Temps this afternoon hang out in the 60s for most of the state as a mux of sun and clouds take over. If you’re heading out to a high school football game, temps will drop into the 50s with a breeze making it feel even chillier. That sets the stage for a chilly overnight with lows in the 40-45 degree range for many… 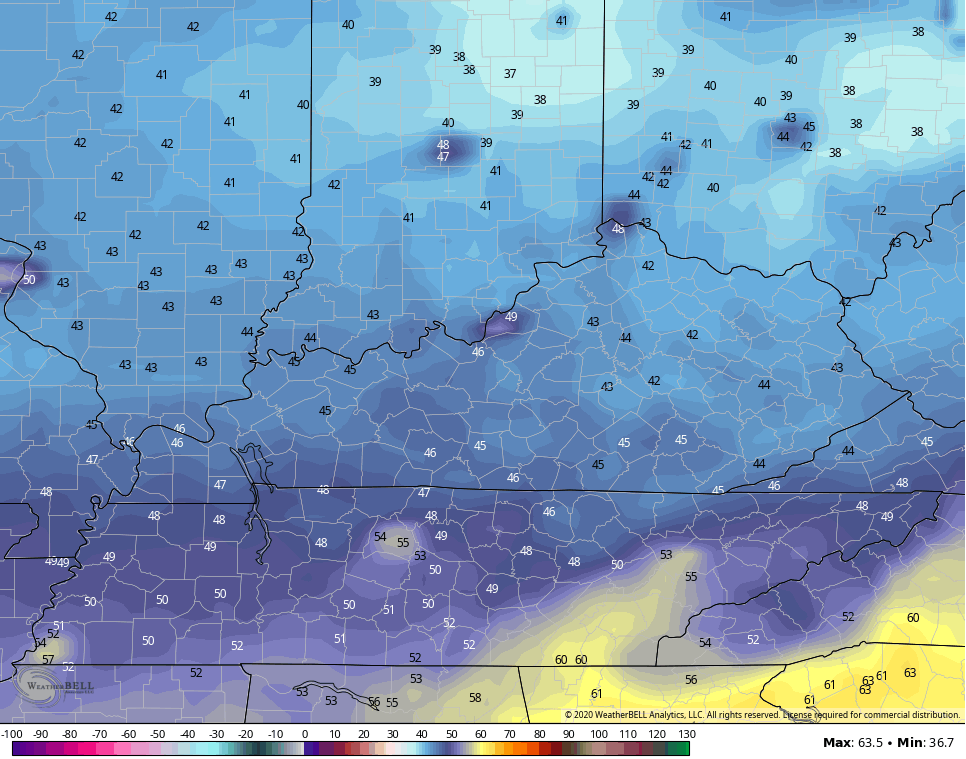 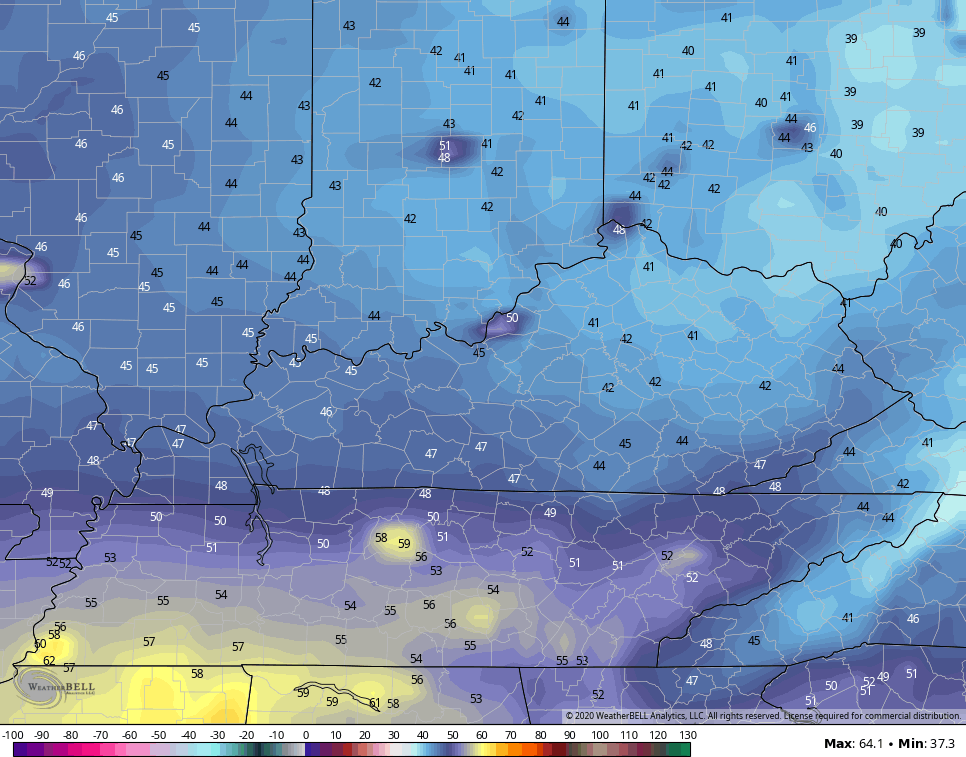 Wind chills will drop into the 30s in a few locations.

Highs are generally in the 60s for Saturday and upper 60s to low 70s for Monday and Tuesday. Lows look to stay in the 40s through the middle of next week, giving us one amazing run of fall weather.

Everything from this point may hinge upon what happens in the tropics. Tropical Depression 22 was supposed to be Wilfred, but a system in the Atlantic beat it do it. Then it was supposed to be Alpha, then a system off he coast of PORTUGAL took that name. So it looks like Beta will be the name of the Gulf system…

Can this system eventually get caught up and pulled northward into our region later next week? That’s certainly a possibility and the models are picking up on it…