Updating The Changes Ahead

Good afternoon, everyone. We continue to see showers taper off across the southeast as better weather blows in for the weekend. Once into early next week, big changes blow in here as a major blast of late fall air moves in. This comes in behind a fall storm system arriving later Monday into Tuesday with more in the way of showers and storms into town. Behind that is when we see temps take a big dive to end September and kick off October.

As expected, southeastern Kentucky picked up on heavy rain with some areas around an inch or so. Those showers are slowly winding down this afternoon…

It’s a really nice day for the rest of the region as temps hit the 70s. Once we get into Saturday, temps will range from the middle 70s to the low 80s depending on where you are. This comes with more in the way of sunshine.

Sunday will find similar conditions, but there is a little better opportunity for a late day shower or storm going up. This is ahead of our storm system moving in here for Monday and Tuesday. This will bring widespread shower and storms in here from west to east. Winds will also be very gusty as temps crash behind the front and this will be followed up by additional systems from the northwest…

That’s some serious fall chill/cold air for this early in the season through the first weekend of October and likely into early the following week, at least. 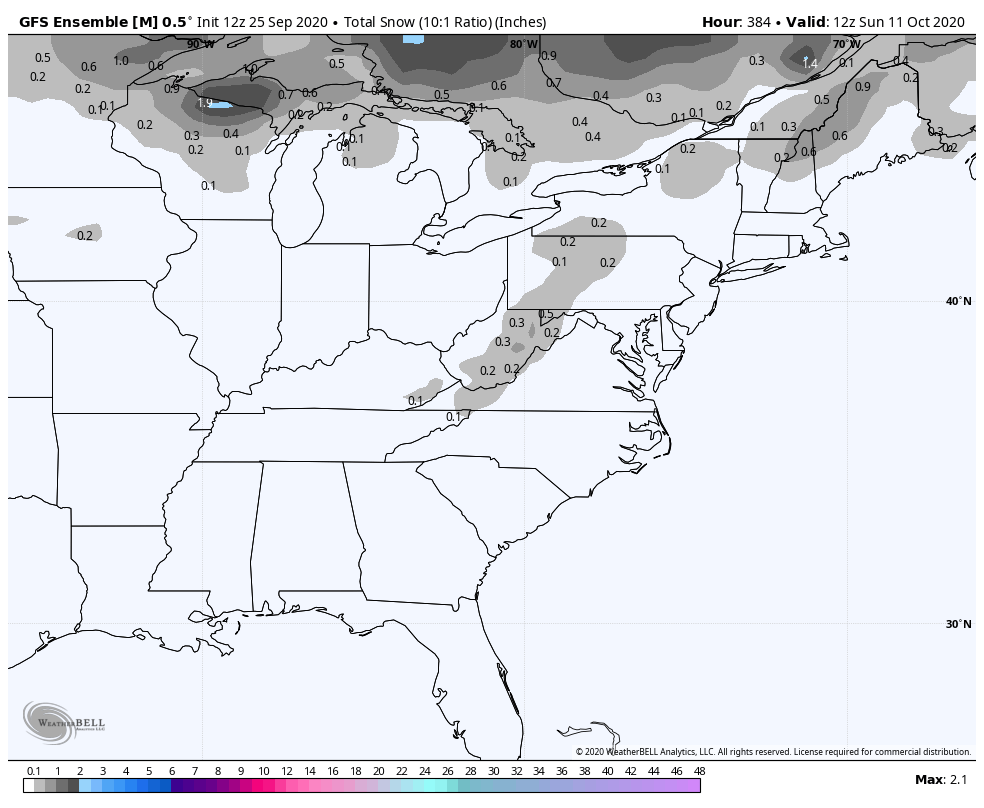 The fact the ensembles are even showing something like that is an indication of how cold this air is relative to normal.